Advance HE’s equality charter frameworks are used across the globe to support and transform gender and race equality within higher education (HE) and research.

Our international charters aim to establish frameworks that are globally comparable and locally contextualised.

The Athena Swan charter, which began in the UK in 2005, was assessed as the only gender equality award scheme that is both successful and transferable by GENDER-NET, a largescale research project funded by the European Commission. The first expansion outside of the UK took place in 2015, when Athena SWAN launched in Ireland (Athena Swan Ireland). The framework has since been adapted for use outside of Europe, with charter frameworks established in Australia (SAGE-Athena SWAN), the USA (SEA-Change) and Canada (DIMENSIONS).

Advance HE’s equality charters enable organisations to apply for an award recognising their commitment to, and progress on, equality and diversity.

Athena Swan Ireland is a cross-sector initiative that is nationally funded. The scheme launched in Ireland in 2015 at the request of the Higher Education Authority and with the support of the Department of Higher Education and Skills. Advance HE’s dedicated Athena Swan Ireland staff support the development and delivery of Athena Swan Ireland. All of Ireland’s universities and institutes of technology and several colleges participate in the charter, and accreditation is linked to institutional eligibility for research funding as part of a national strategy to progress gender equality in higher education and research. 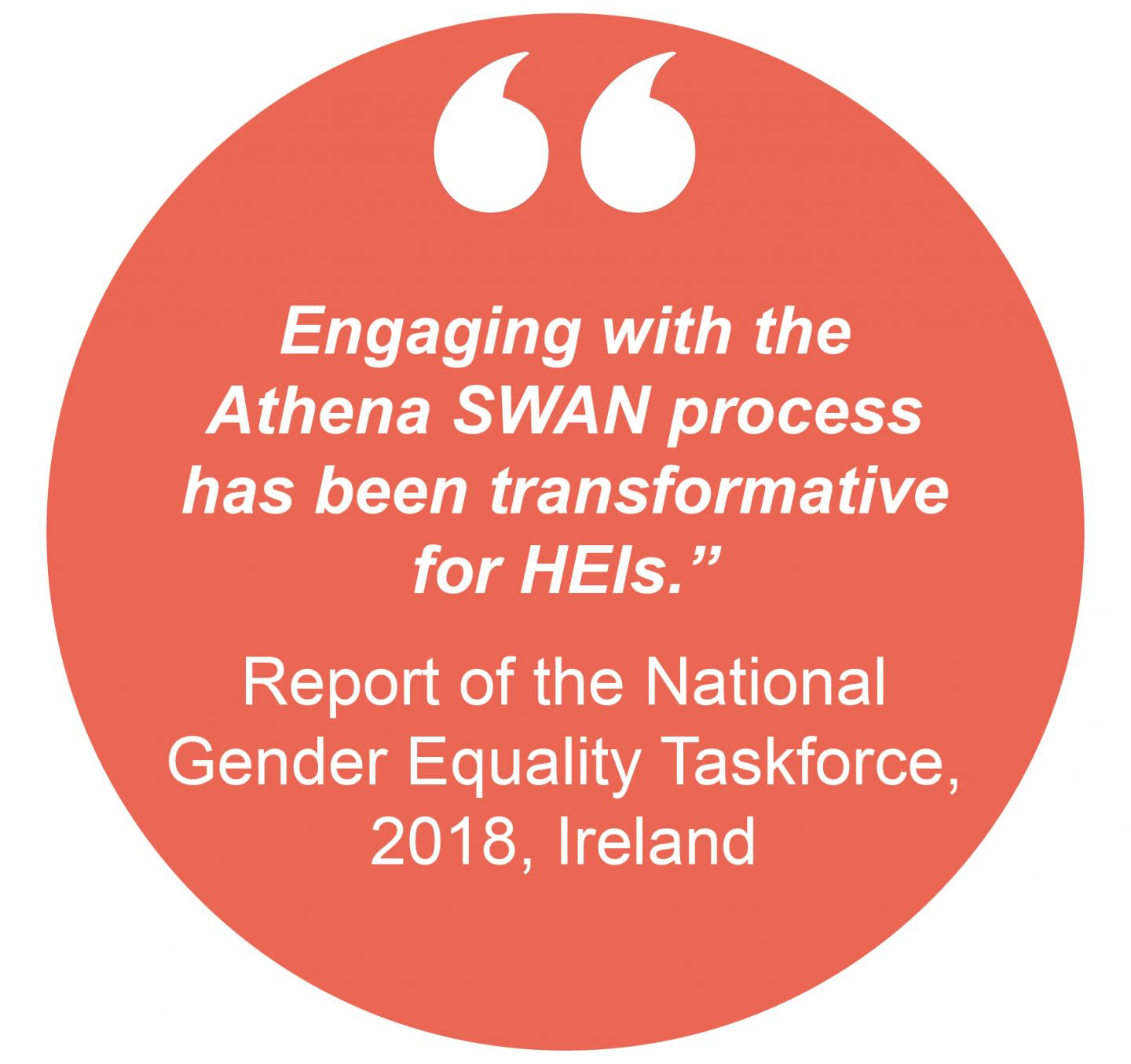 SAGE (Science in Australia Gender Equity) is the only gender equity and diversity program of its kind in Australia. The accreditation framework is administered by SAGE Ltd, a not-for-profit company that grew from a partnership between the Australian Academy of Science and the Australian Academy of Technology and Engineering. Advance HE’s International charters team has been supporting the development of the SAGE framework for use in Australia since 2015. 45 institutions currently participate, which includes universities, medical research institutes, and publicly-funded research agencies.

The SAGE report Evaluating the introduction of Athena SWAN into Australia provides an overview of the pilot phase. 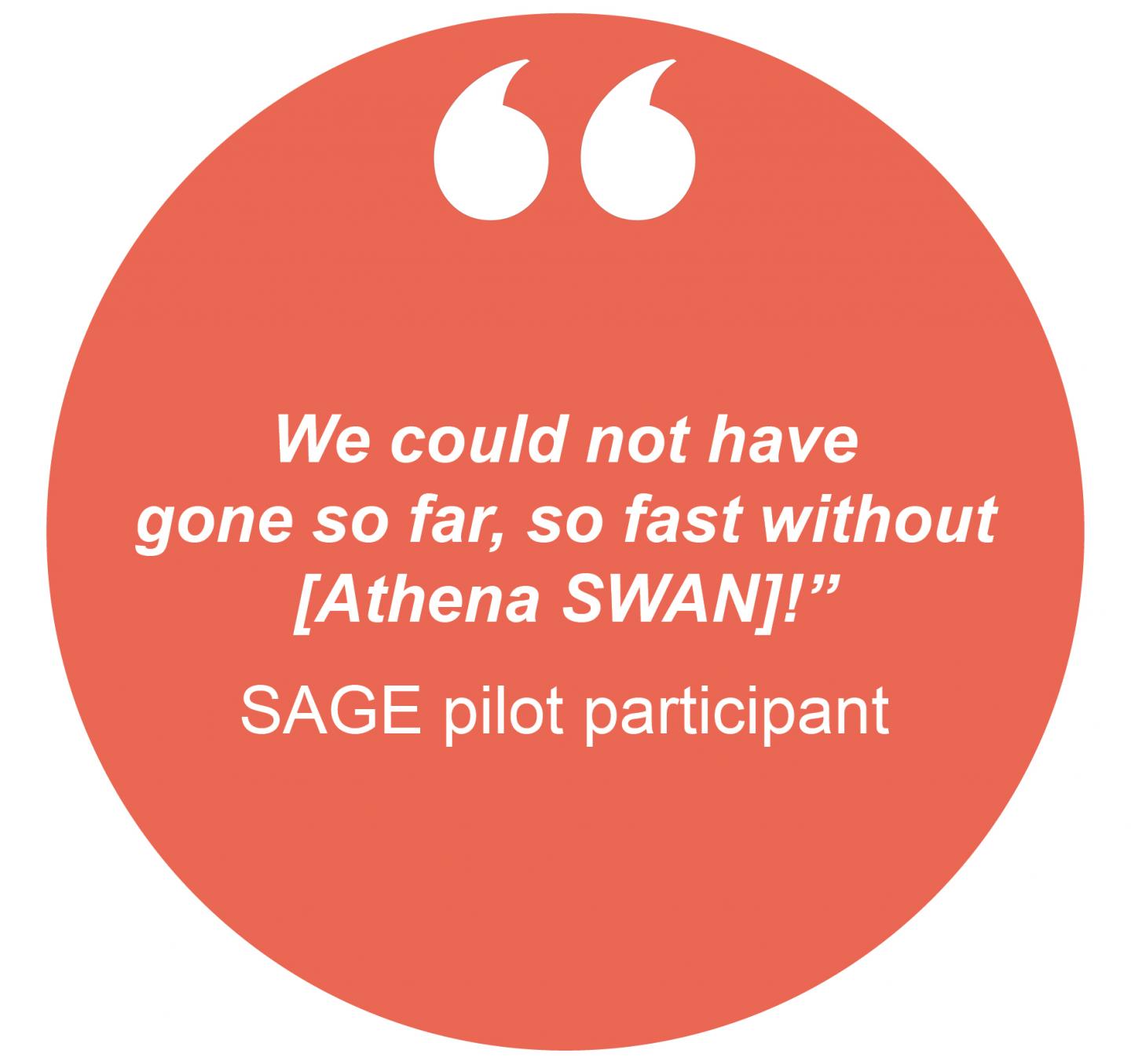 Advance HE supported the American Association for the Advancement of Science (AAAS) in creating its STEM Equity Achievement (SEA) Change programme. The programme is broader in scope than the Athena SWAN charter framework used in the UK, Ireland and Australia but utilizes the charter methodology and processes. Since the pilot in 2017, Advance HE has been supporting AAAS to develop framework materials and associated training and workshops.

DIMENSIONS was initiated by the Government of Canada in 2018 and is overseen by NSERC (Natural Science and Engineering Research Council of Canada). Advance HE is supporting the pilot programme, which includes 17 post-secondary institutions. The pilot intends to draw on the Athena SWAN methodology and processes to recognise institutions that are inclusive of underrepresented groups, including women, Indigenous Peoples, persons with disabilities, members of visible minority/racialized groups, and members of LGBTQ2+ communities.

Advance HE is working in partnership with the British Council and the Department of Science and Technology, Government of India on an exciting pilot project called GATI (Gender Advancement for Transforming Institutions). GATI aims to introduce a gender equality framework for women in STEMM (science, technology, engineering, maths and medicine) research in India, contextualised to the Indian context and drawing upon the successful Athena Swan Charter in the UK.