Skip to main content
Login
Back to News + Views

17 Nov 2022 | Advance HE 'Highlighting opportunities and challenges regarding the promotion of Equality, Diversity and Inclusion (EDI) in UK higher education (HE)'

This is the fifteenth year that Advance HE (and previously the Equality Challenge Unit) has published national staff and student equality data to highlight opportunities and challenges regarding the promotion of equality, diversity and inclusion (EDI) in UK higher education.

The two reports present a snapshot of staff and students’ age, disability, ethnicity and sex, as well as a range of intersectional data to show how various identity characteristics interact in their relation to differential outcomes.

Join our webinar: Equality in Higher Education: insights from the 2020-21 staff and student records, 10:00-11:00, 22 November 22 exploring how these insights can be translated into institutional aims and areas for additional research.

This year there are data to evidence: 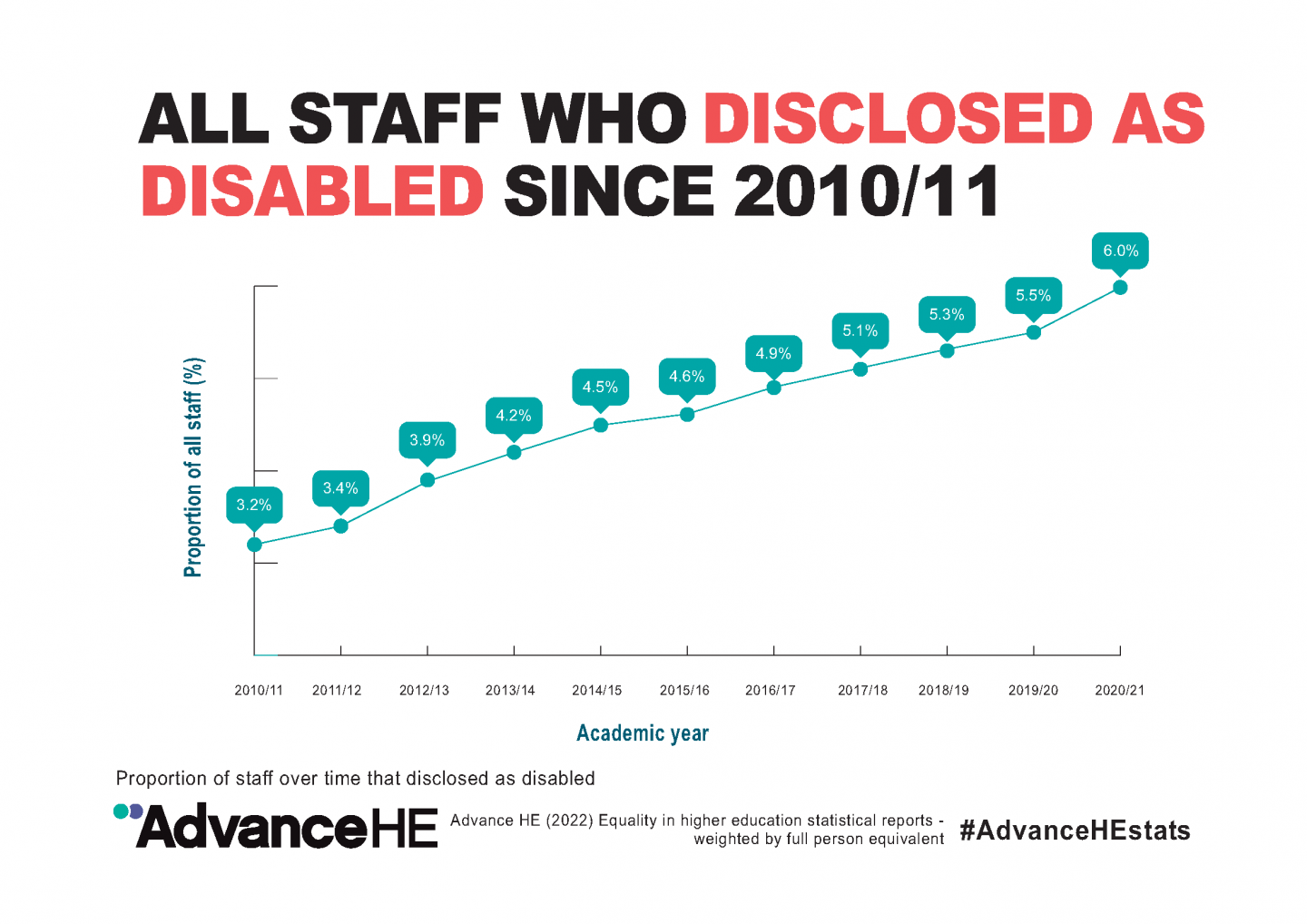 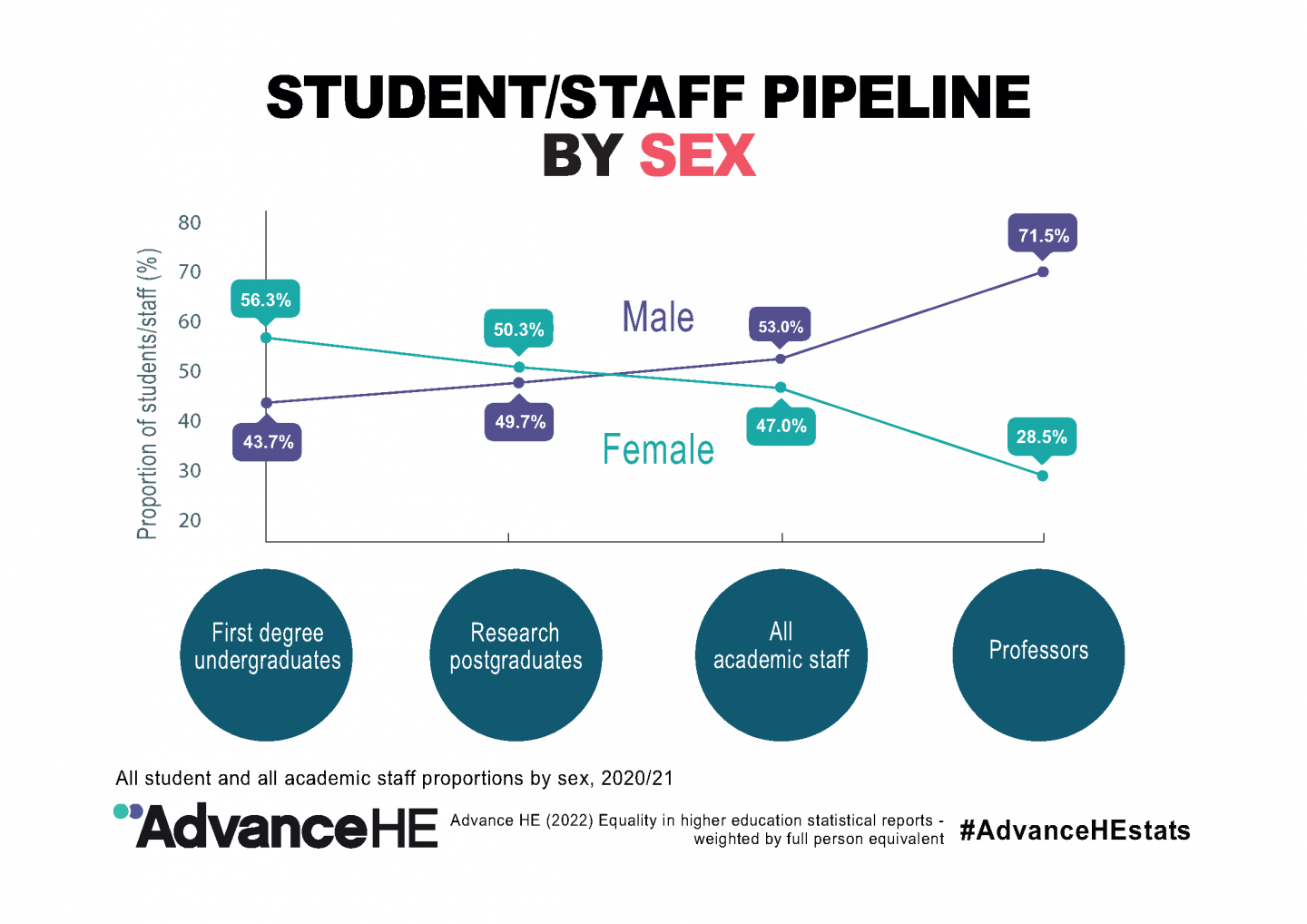 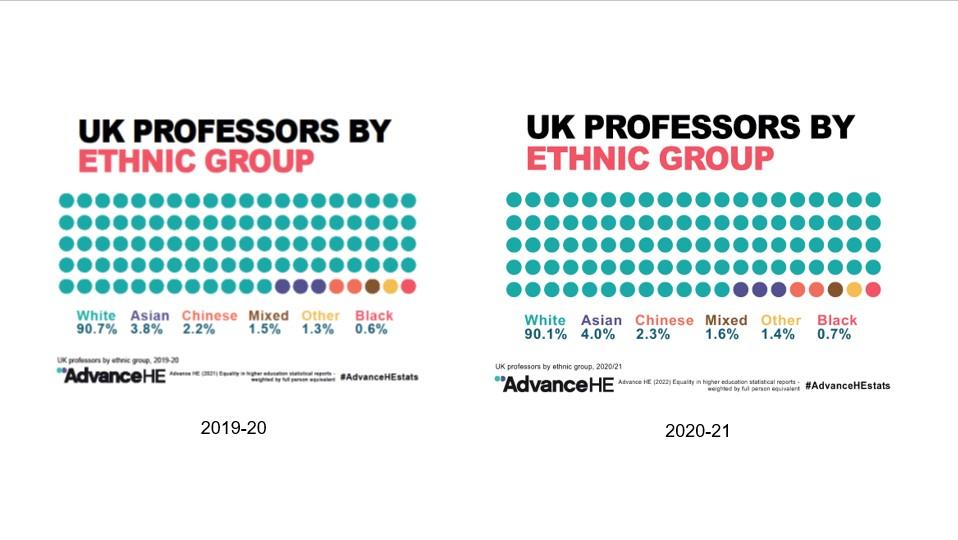 The degree of representation was consistent regardless of staff sex. 7.2% and 2.7% of professors were Black, Asian and minority ethnic males and females, respectively, compared with 6.9% and 2.5%, respectively, in 2019/20. 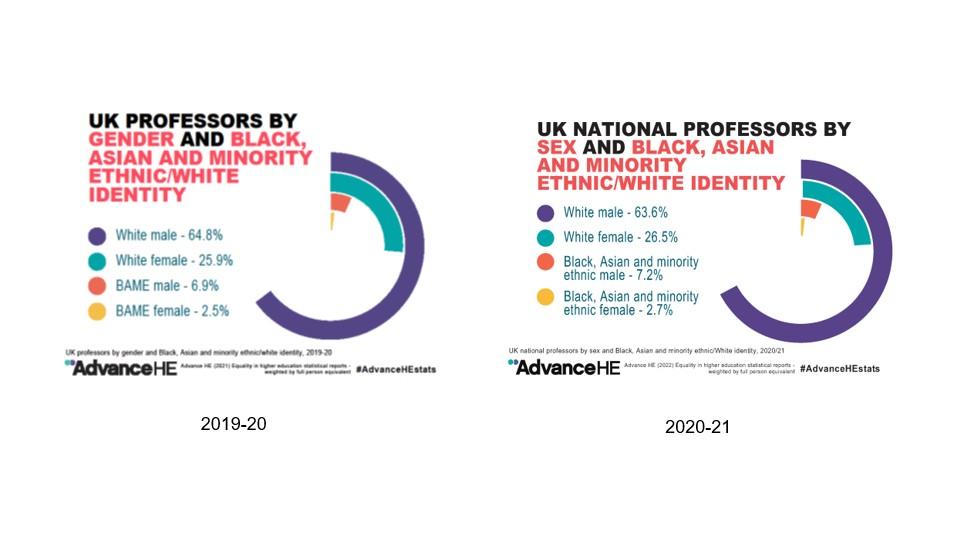 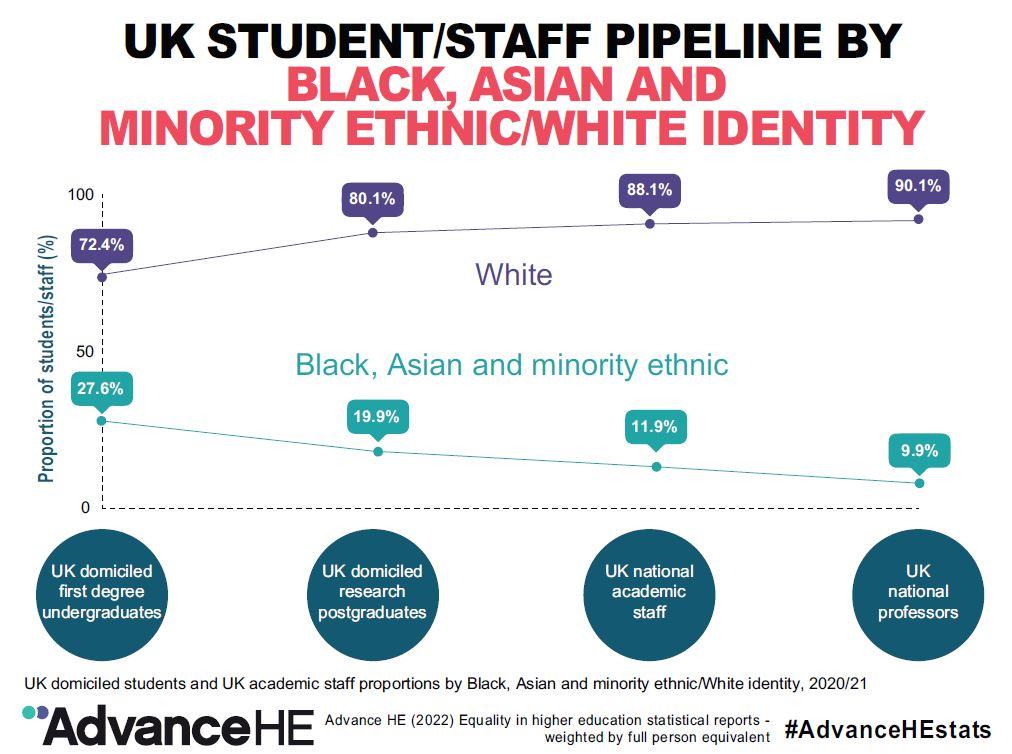 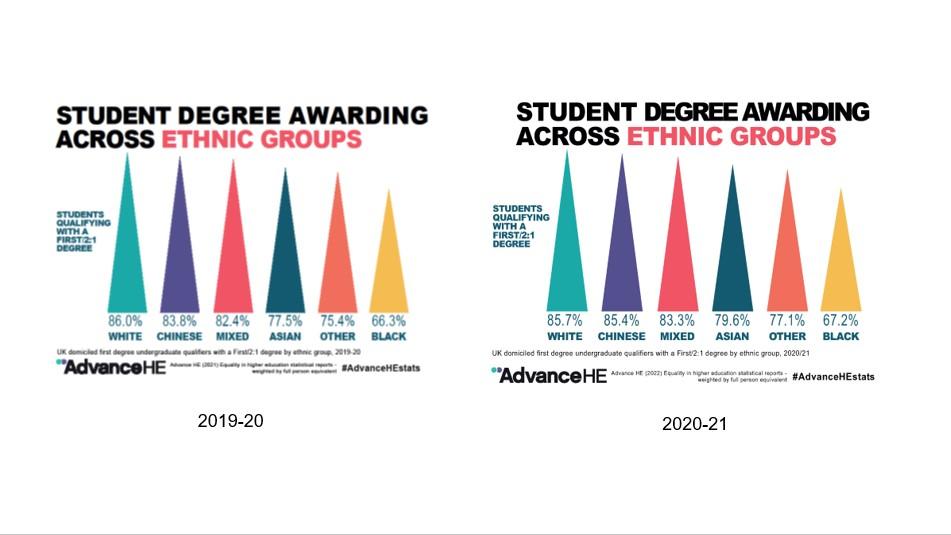 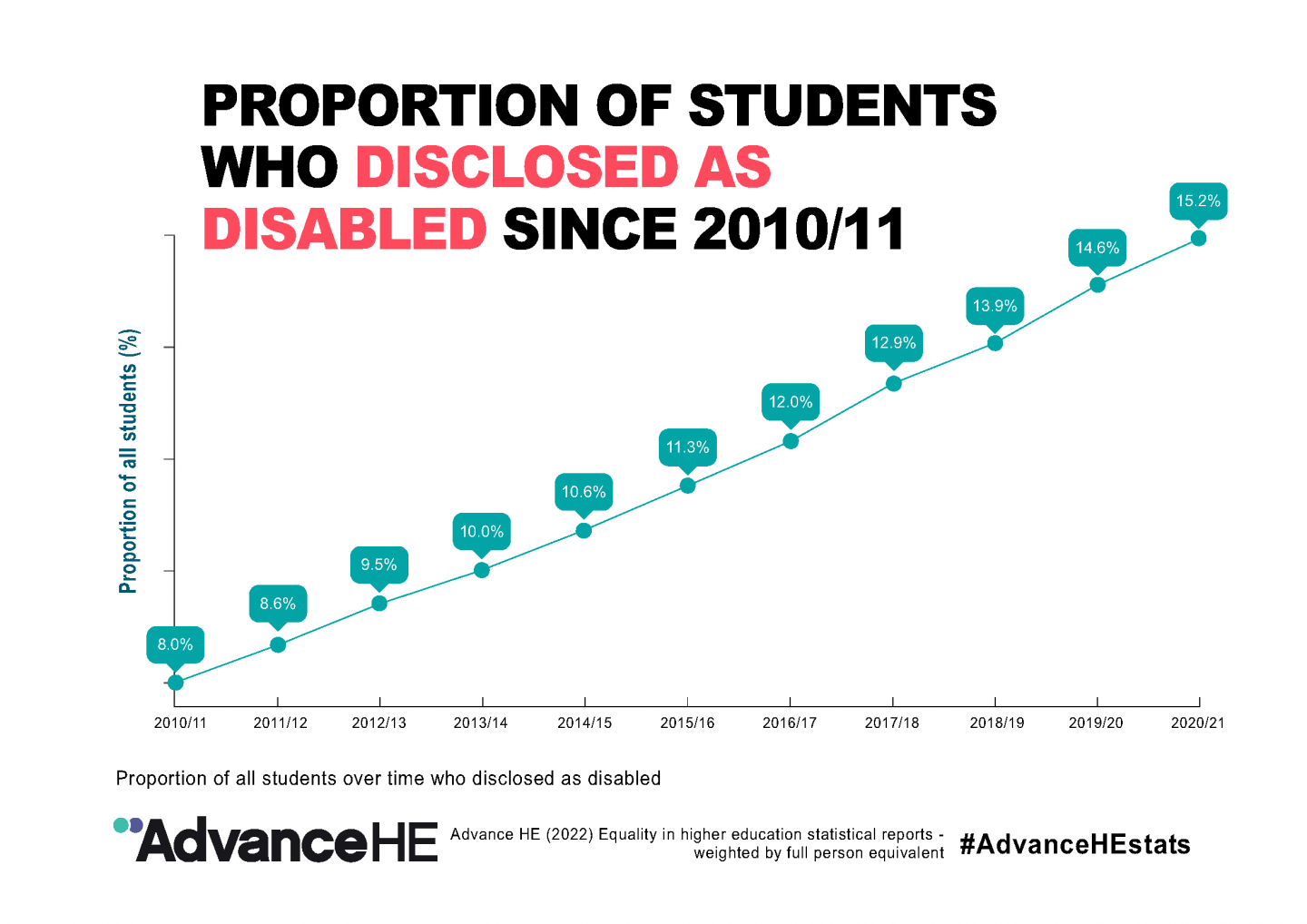 There is a significant drop in the proportion of disabled students receiving the Disabled Students Allowance (DSA). 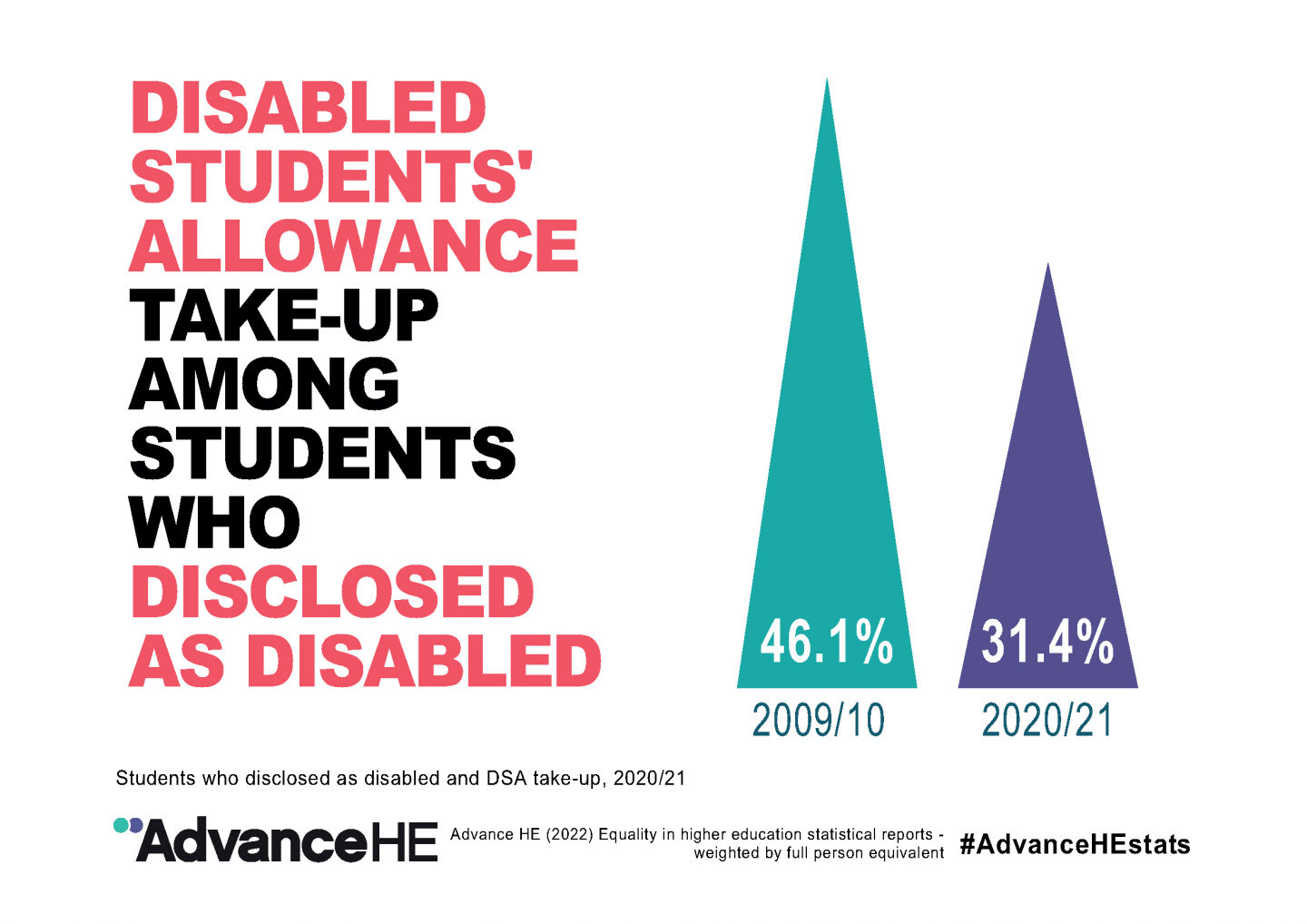 Students accessing DSA funding may also have been affected by changes to DSA allowances, particularly those students funded by Student Finance England (SFE) and the Student Bursaries Unit.

Changes to the staff and student records

In 2019/20, HESA changed the way data were collected for professional and support staff, making returns for this population of staff voluntary for HE providers in England and Northern Ireland.

Despite a growing number of providers being included in the HESA records, the overall population of professional and support staff has continued to fall since this change was implemented. Beyond overall numbers, this change has limited the interpretability of this population of staff – compared with their representation in the 2018/19 staff record (i.e. the last academic year that these data were mandatory to provide), professional and support staff: (i) from Asian and Black ethnic backgrounds; (ii) aged 41 to 60 years’ old; (iii) who disclosed as disabled; and (iv) identified as female, were less likely than their counterparts to be represented in the 2020/21 staff record. What this finding reveals is that by allowing HE providers to choose whether they submit data on their professional and support staff, we lose the ability to interpret changes in this sample in a reliable way. 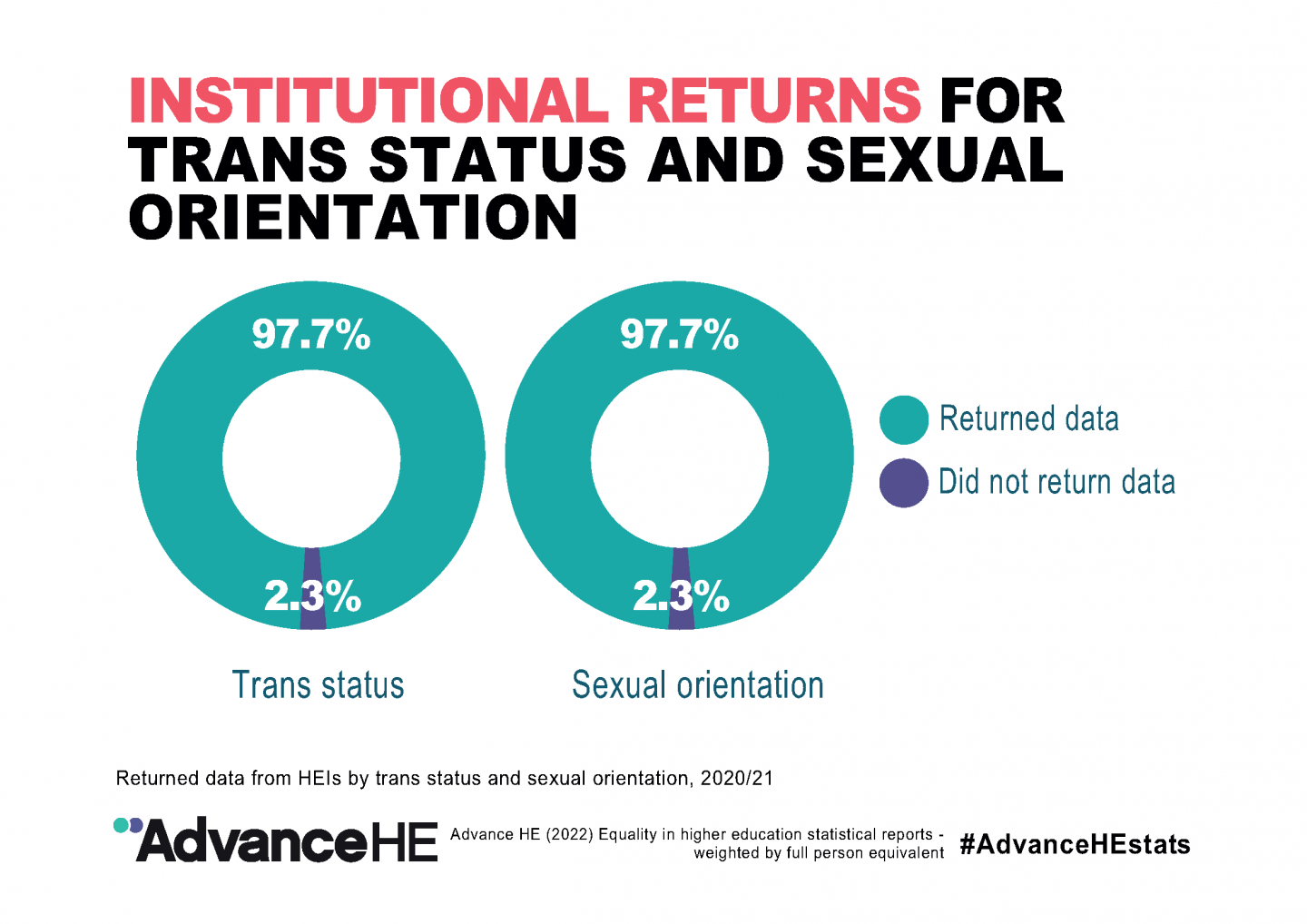 Amanda Aldercotte, Head of Knowledge and Research, said, “These reports provide detailed insights and evidence of the continued and steady progress that we’re making as a sector, as well as the work that we still need to do to create the conditions in which all talents can flourish and where there is the opportunity for all to realise their potential.

“While it’s very encouraging to see the sector’s efforts are starting to make an impact, we all acknowledge that there is still a way to go – particularly for progression and degree outcomes for Black staff and students respectively, for the career progression of female staff to more senior positions, and for those staff and students with disabilities, with the corroboration that mental health is a mounting challenge for the sector.”

Join our webinar: Equality in Higher Education: insights from the 2020-21 staff and student records, 10:00-11:00, 22 November 22 exploring how these insights can be translated into institutional aims and areas for additional research.

Two new sets of data tables are included in the 2022 student report, exploring students’ sex and religion and belief in greater detail. For the staff report, we have expanded our coverage of staff sex by including those who selected ‘Other’ where possible.

To better reflect the student and staff populations, and align with Advance HE’s  guidance on monitoring protected characteristics, a series of new data tables has been added to the online data tables in the ‘Sex’ sections of both the student and staff reports. Specifically, the data is presented in two ways – the first being broken down into ‘Female’ and ‘Male’, as in previous reports (to allow for year-on-year comparisons of the percentages); while the second is unique to the 2022 report, presenting the data for students who selected ‘Other’. Notably, this population of students has doubled since 2018/19, from 0.1% of the student population to 0.2% to in 2020/21, making it important sample of students to begin monitoring in a standardised fashion. Although considerably smaller in numbers, a similar increase in representation of those selecting ‘Other’ was seen in the staff population, jumping from 0.0% in 2018/19 to 0.2% in 2020/21.

For students’ religion and belief, the intersectionality tables presented in section 5 have been expanded to present how this characteristic interacts with students’ age, disability status, ethnicity and sex. Not surprisingly, there was a high degree of overlap between students’ ethnicity and their religious background, with one in six UK domiciled Black, Asian and minority ethnic students describing themselves as having no religion, compared with one in two UK domiciled White students.

We feel it is important for voices to be heard to stimulate debate and share good practice. Blogs on our website are the views of the author and don’t necessarily represent those of Advance HE.

Keep up to date - Sign up to Advance HE communications

Our monthly newsletter contains the latest news from Advance HE, updates from around the sector, links to articles sharing knowledge and best practice and information on our services and upcoming events. Don't miss out, sign up to our newsletter now.